How Does Antivirus Work?

Antivirus Software Serves as Barrier Between Your Devices and Malware. Ever Wonder How It Works?

An apple a day keeps the doctor away, and antivirus software keeps malware at bay. If it takes your computer ages to open a file, if you’ve been seeing aggressive pop-ups everywhere, even when you are offline, perhaps it’s time to bring out the big guns and invest in good malware protection. But how does antivirus work? Read on; this article is all about protecting your device to ensure you don’t ever see the blue screen of death again.

Antivirus software is a selection of defense mechanisms that you install on your device to keep it safe from all the harmful code coming its way.

Even though programs run everything these days, not every code is written with noble intentions. Hackers can plant malicious software to steal your personal information, identity, financial details or spy on you.

This is why you need antivirus software - because everything we’ve mentioned can happen to you if you don’t have it installed, as the latest malware statistics convincingly show.

How Does Antivirus Software Work?

Antivirus software works silently, yet tirelessly, in the background. It constantly scans incoming emails, websites you visit, and anything you download for bad code and suspicious files or prevents you from visiting a particular website. Once it discovers a threat, it warns you about it or eliminates or quarantines it if it’s already on your device.

Essentially, antivirus checks incoming code and files that flow through your network traffic. Each antivirus software vendor has extensive malicious code databases, and the antivirus program you install will compare potentially harmful code to the database to detect threats and remove them.

What Does Antivirus Software Protect Against?

Don’t get misled by its name, “antivirus,” which is mainly used for marketing purposes, as the term “virus” sounds far more dangerous and threatening than malware. The truth is, viruses are just one type of malware in circulation, as there are also ransomware, spyware, botnet, worms, Trojans, and so on. Malware, on the other hand, is the all-encompassing term for malicious code, and antivirus programs detect threats and offer protection against all types of malware, not just viruses.

How Do Antivirus Programs Detect and Identify a Virus?

This is where things become a bit more complex, as antivirus tools employ various methods to detect malware. Considering the numerous types of malware that can reach your computer through multiple channels, including link clicking, file downloads, and web surfing, it’s crucial to understand how it works to stay safe. Let’s take a look at some of the most common systems used for this purpose.

All programs and files have their signatures. It’s a set of unique features that distinguish a particular program, image, document, or any other digital object from all other objects. Antiviruses use this signature to determine whether a program is malicious or not by comparing it to the database of well-known malicious signatures. The best antimalware solutions have extensive libraries to refer to.

These databases of “usual suspects” are continually updated and modified to include new kinds of malware and its signatures. This ensures that the antivirus tool can catch new malware on time.

Now, since antivirus companies pick up on these signatures, hackers, too, upgrade their malware. Since they usually have extensive knowledge of how signatures work, it’s not difficult for them to disguise them. This is where heuristic analysis comes into play - and scans the code in-depth, looking for known file structures bound to wreak havoc on your device.

The antivirus program that holds the title of the best malware scanner utilizes both approaches, even though heuristic analysis is a process of trial and error, which is why, occasionally, it marks a legitimate program as malware.

Occasionally, hackers mask their malware so successfully that both analyses mentioned above come up with nothing. In this scenario, sandbox detection saves the day, as the antivirus app will open and run encrypted files in it. The sandbox is a safe area, so running a suspicious file in it won’t harm your device.

This is an essential feature of good antivirus software, not to be overlooked when you are on the hunt for anti-malware software. Sandbox provides a safe environment for opening suspicious files.

The main problem with malware is that as soon as antivirus programs identify malicious software and add it to their databases, cybercriminals come up with something new. You could say that malware evolves over time, similarly to bacteria that evolve to become resistant to antibiotics.

Luckily, machines are getting smarter by the day, so using artificial intelligence to keep yourself safe from malware is quite effective. AI is powerful because it, too, evolves: It learns the techniques and patterns hackers use to create new malware and adds them to the database.

So, How Does My Antivirus Work?

Most likely by utilizing one or all of the methods discussed above. Most free antivirus tools rely heavily on signatures, which in this day and age means the particular antivirus software is error-prone.

You should know that no antivirus software can guarantee absolute protection, as these programs mainly focus on preventing malware from ruining your device. To stay safe, step up your game and implement some changes in your online habits: You need secure passwords, data encryption, and two-factor logins.

It’s also advisable to regularly back up your entire system, always install software updates, and to avoid visiting suspicious sites and opening emails from unknown senders. 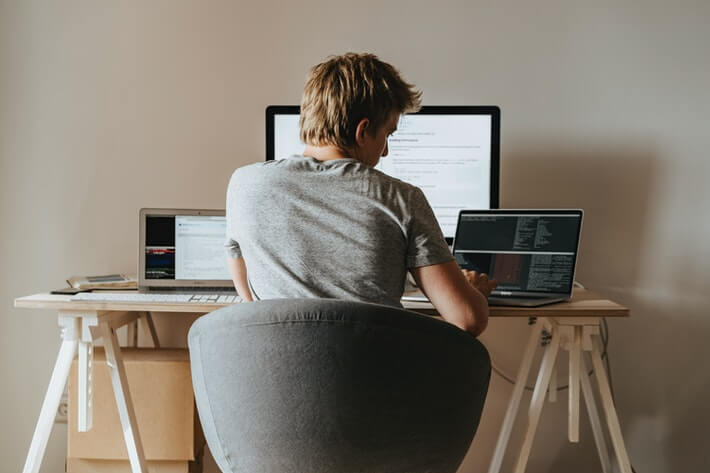 All of your devices need proper antivirus protection. It’s not enough to protect your desktop, and there is a misconception about viruses not attacking Mac devices, even though they are less likely targets.

Just like malware is coded to attack a particular operating system, so is an antivirus to protect it. Since you need protection on all of your devices, from mobile phones to desktop computers, make sure the antivirus app of your choice supports the right operating systems.

What if Your Computer Is Already Infected?

If your computer is already infected, you should look for virus removal software. In this situation, the antivirus app will perform an in-depth malware scan of your device and quarantine or remove the malware it finds. From there, you can choose to delete it all or save some of it if it was wrongly labeled as malware by your antivirus.

Unfortunately, if you see the blue screen of death, or you can’t even turn your device on, antivirus can’t help much, and you should have the device serviced by trained personnel.

How to Stop a WebRTC Leak on Your Favorite Browser
Guides

What Is the Main Difference Between a Worm and a Virus?
FAQ
Do you need antivirus and security software?

In short - yes, but luckily, your operating system often comes with a built-in antivirus program, such as Windows Defender, which offers enough virus protection for most users. Also, keep in mind that no antivirus can perform magic and keep you 100% safe online - you need to put in some effort, too. Stay clear of suspicious links and sites, don’t download anything that doesn’t come from a verified vendor, and store your passwords in a safe place or, better yet, memorize them.

Does antivirus detect all viruses?

Unfortunately, no. Antivirus programs are always one step behind hackers, and they don’t offer 100% security.

What does antivirus software do?

Antivirus software monitors the files transferred to your computer and further detects and removes any malicious files that could potentially harm your device.

What is the best antivirus software?

It depends on your browsing habits, which operating system your devices work on, and what kind of protection you need - for example, whether you store financial, medical, or other sensitive data on your computer or not. Generally speaking, the best antivirus software is the one that has the most comprehensive coverage, a reasonable price tag, and regularly updates its databases.

What does av software look for to determine that a program or a process is a virus?

The answer to this question depends on the software itself, but most antivirus tools look for file signatures first. The next step is generally looking for files that are “relatives” of known malware. The last step is examining each file more closely by either running it in a sandbox or through machine learning algorithms.

How does an antivirus protect your computer?

Usually by scanning the files on your computer and comparing them to a database of known malicious programs. For a more detailed answer to this question, check out our “How Does Antivirus Work?” article, where we explain the most common methods of detecting malware, such as signature analysis and sandbox detection.