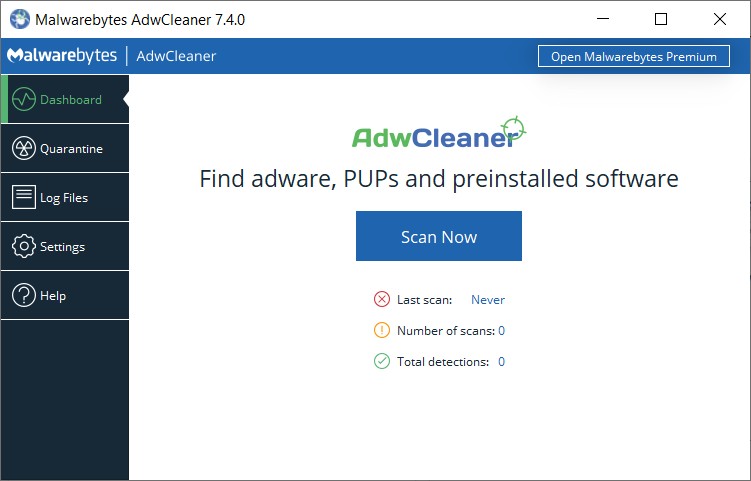 As of November 26, Malwarebytes AdwCleaner no longer supports older versions of Windows.

AdwCleaner 8 is a free tool that detects and removes adware and other potentially harmful software from your computer and browser.

Unlike previous versions, AdwCleaner 8 does not generate debug logs by default. The option is available, but turned off by default.