Cybersecurity agencies work around the clock to find and eliminate any exploits in both their software and hardware. The developers of apps and operating systems are always on the lookout for ways to protect their software and users from bad actors. But even with all that security, hackers still regularly manage to find gaps that not even the apps’ creators know about.

When a hacker breaches one of those gaps, it’s called a zero-day exploit, and it can lead to many nasty repercussions for both developers and end users. A lot of breaches in recent years have happened exactly because of zero-days, causing a lot of damage to the reputation of many businesses.

So, what exactly are these exploits, can you avoid them, and how can your business recover from such a breach? Read on to find out.

What is a Zero-Day?

As the name suggests, a zero-day or 0-day is a software or hardware vulnerability that’s as yet unknown to the manufacturer or vendor. The term zero-day vulnerability comes from the timeframe - it’s how many days have passed from the vendor managing to fix the vulnerability and hackers exploiting it. Since the exploits happen before patches are ready and, oftentimes, before developers even know a vulnerability exists, the term “zero-day” was chosen as an appropriate name for the exploit.

The term has always been connected with hacking attacks. The first hackers to do this weren’t trying to crash the systems, but instead wanted to grab apps before they were released to the public. Unfortunately, modern zero-days are far from the white hat practices of old-school hackers. Once hackers find such a vulnerability, malware starts circulating and the whole situation becomes a proverbial ticking bomb for the company and the end users of the exploited app.

How to Detect Zero-Day Exploits

The timeline for these attacks starts once the bad actors identify a software vulnerability. It’s usually a flaw in computer code that, once bypassed, opens up a new attack vector and allows hackers to launch malicious code through it. Once the hacker attacks, either the public discovers the existence of the exploit, or the vendor itself finds out how hackers managed to bypass the security protocol.

Over time, security experts have managed to figure out patterns of zero-days and have started updating malware detection to prevent such attacks. Nowadays, many popular antivirus apps are able to protect against a zero-day exploit before it happens. The developers of these apps have employed a combination of machine learning and deep database analysis to basically “teach” their software how to detect possible attack vectors and block yet-unknown malware.

By using machine learning, your antivirus knows how previous attacks played out and will block anything that mimics them. Likewise, keeping the virus definitions up to date means that variants of viruses can be quarantined even before they’re known to the public.

Another method of detecting a zero-day threat is monitoring the system for any unusual activity, for example when a newly installed piece of software suddenly tries to dig too deep within the OS. The best practice is, naturally, to combine all these methods.

It’s worth keeping in mind that 100% prevention against zero-day attacks is not yet possible. There’s an important, very unpredictable factor at play here: the human factor. Unfortunately, it takes just one click on a bad link in a dodgy email to take the whole computer system down. Educating the end user is as important as the latest system update. 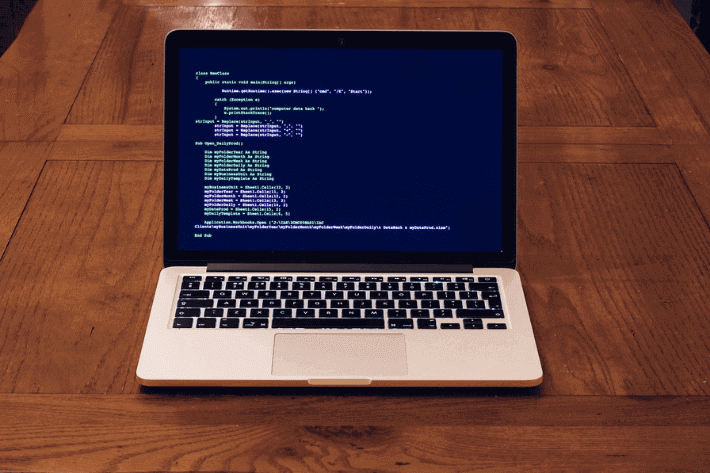 Recovering From a Zero-Day Exploit

Total attack prevention is never really possible in the tech world, unfortunately. When a zero-day happens, a vendor will usually publish a vulnerability disclosure, notifying users and business partners about the exploit before providing a fix for it. This is a standard course of action, and it’s how the public usually experiences the aftermath of a hacker attack.

From the backend, the vendor is operating under something called the window of vulnerability. Once the exploit exists, there’s a constant danger to the computer system until the developers manage to fix it. It’s crucial to properly detect the source of the exploit and stop further zero-day attacks by removing access during the recovery period. For a website or an online service, that would mean going offline or temporarily pulling the plug on certain features that enabled the illegal access in the first place.

Vendors therefore need to develop a strategy and plan a course of action well before an attack happens. Even when bad actors can’t be stopped, a backup plan and quick recovery are better than going into full panic mode and trying to patch the code up in a hurry, potentially causing more leaks and enabling new zero-days.

How Does Antivirus Work?
Articles

How to Block ISP Tracking & Keep Your Privacy on the Internet
FAQ
What is a zero-day exploit and why are they dangerous?

A zero-day is, for the vendor, a yet-unknown system vulnerability that, if discovered by hackers, allows them to get illegal system access. It can take some time before such an exploit is discovered. During this time, hackers can steal a lot of data, plant trojans, and set up new zero-days, so an early detection system is a must if you want to gain the upper hand over bad actors. These exploits are known to cause millions of dollars of damage and don’t just target the corporate side, but also everyday computer users.

Why is it called a zero-day attack?

The term means that the attack happens before the vendor even knows its system has a vulnerability, thus giving the company zero days to prepare for and mitigate the attack. It was originally a way for hackers to obtain software before its release, as in on day 0. Since then, the term has stuck for any kind of system exploit where hackers can access a yet-unknown vulnerability.

Yes, absolutely, and they’re some of the most common tools for probing computer systems for vulnerabilities. Once a zero-day exploit is found, hackers quickly update their viruses to target that specific exploit, opening even more entry points into other people’s devices.