What Is the L2TP VPN Protocol?

An Outdated Protocol We Still Use Out of Convenience

An unspoken techie rule goes: Out with the old, in with the new. We’re constantly being offered newer and improved software solutions designed to be safer and better suit our needs. However, some pieces of software keep defying the ravages of time, and L2TP is one of them.

L2TP or Layer 2 Tunneling Protocol is a VPN protocol that’s been around since 2000 and is still very much available. Since then, VPN technology has made great strides in providing faster and more secure protocols. However, L2TP still has a couple of aces up its sleeve, which we’ll discuss in this article.

The Short History of the L2TP protocol

As a series of digital communication procedures, L2TP is only used to offer tunneling capabilities. It gathers user data via private transportation and sends it over public networks. In combination with IPSec, a Layer 3 protection protocol, L2TP provides confidentiality and encryption for VPN functionality.

L2TP was developed by Microsoft and Cisco with the goal to use it as a replacement for the PTPP. It was published in 1999/2000 as the RFC 2661 protocol.

The technology behind this protocol relied on two older tunneling protocols used for establishing a point-to-point connection. The first protocol was Microsoft’s Point-to-Point Tunneling Protocol (PPTP), while the second was Cisco’s Layer 2 Forwarding Protocol (L2F). 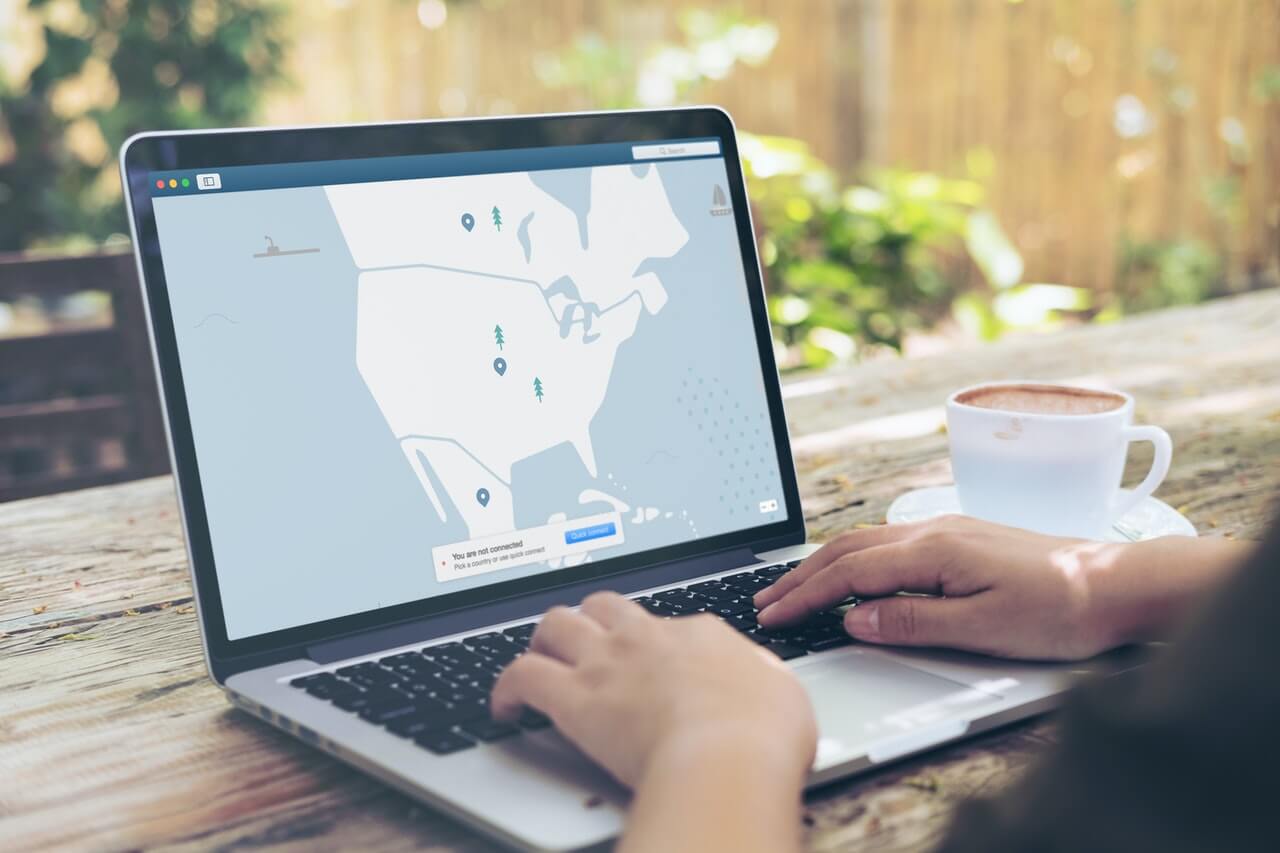 L2TP allows for tunneling L2 traffic via an IP network or L3 network. L2 and L3 here refer to the second and third levels in a seven-layer OSI, a telecommunication and computer standardization model. L2 is the Data Link layer, while L3 is the Network Layer. L3 works atop L2, which runs over L1, the Physical Layer.

It all starts when L2TP connection is established between the protocol’s two endpoints - the L2TP Access Concentrator (LAC) and the L2TP Network Server (LNS). Once these two are connected and the L2TP tunnel is created, a PPP link layer is enabled, encapsulated, and sent over the internet.

After this, the PPP connection is established by the end-user with the ISP. When the LAC accepts this connection, the PPP link is up and running. A free slot within the network is assigned, and the request moves on to the LNS.

When this connection is fully authorized and active, a virtual PPP interface appears and the passage of link frames through the tunnel can begin. The LNS accepts the frames, removes their encapsulation, and processes them further as regular frames.

Components of an L2TP Configuration

There are two primary components of L2TP: a tunnel and a session. The tunnel allows secure transport between two L2TP control connection endpoints. Through it, you can only send and receive control packets.

The other significant component - the session - is responsible for carrying user data through the tunnel. One tunnel can contain more than one session. In that case, session identifier numbers keep user data separate.

L2TP by itself uses no encryption or authentication methods despite being an evolutionary step forward from PPTP. L2TP’s primary purpose is to establish a VPN tunnel. For encryption, it has to be bundled with other technologies, such as IPSec.

IPSec is a strong security protocol that employs a robust AES encryption cipher. This protocol also relies on double encapsulation as an additional method of data protection.

As for IPSec’s level of security, the Snowden leaks have revealed that the NSA was trying to crack or weaken this protocol as part of its Bullrun program. While none of these allegations have been proved to be accurate, it is something every VPN user should take into account when thinking about their data security and choosing their VPN protocol.

Afterward, this protocol creates an Encapsulated Security Payload (ESP) that allows devices on both sides to determine where the data comes from. Then L2TP creates a tunnel between the connection endpoints, and data is packed twice: originally by L2TP, then by the IPSec protocol.

To enhance security, most VPNs will offer L2TP bundled with IPSec.

An L2TP connection needs to go through a router to access the web and transfer its traffic. Passthrough is a router feature you can use to activate or deactivate L2TP traffic on your router.

Another instance where this technology is used is with Network Address Translation (NAT). This feature allows many internet-connected devices attached to a single network to use a single IP address and connection. The issue is that NAT doesn’t work well with L2TP. However, enabling L2TP Passthrough on your router will solve this problem.

Benefits and Drawbacks of L2TP

Before we move on to comparisons of L2TP with other VPN protocols, we’ll sum up some of its main pros and cons.

On the one hand:

On the other hand, however:

Both Windows and Mac operating systems provide native support for L2TP, making it a widely accessible VPN protocol. And precisely because of this, L2TP is still often offered by various VPN services.

As one of the best VPN services, ExpressVPN supports L2TP as a legacy protocol for Windows and macOS. L2TP provided us with low ping - which is great for competitive multiplayer games - and up to 65 Mbps, which was enough for quick downloads.

The protection measures ExpressVPN uses include the powerful AES 256-bit and wolfSSL encryption, along with SHA512 hash authentication and 4096-bit DHE-RSA keys.

PrivateVPN is another VPN that offers L2TP protocol support. It has over 200 available servers, and you can reach decent download speeds with it, with our test machine reaching 60 Mbps, although that speed might vary depending on the location of the server.

PrivateVPN allows for P2P file sharing, with unlimited bandwidth and a no-logs policy that preserves user privacy. This VPN provider recommends using the L2TP protocol as the best way to browse the internet from China without getting blocked by the Great Firewall.

Private Internet Access offers L2TP/IPSec protocol support with UDP and TCP connections. The connection speeds were excellent overall. PIA comes with a daemon that removes all traces of your connection data, latest encryption tools, and blockers for malware, ads, and more.

How Does L2TP Stack Up to Other Protocols?

L2TP on its own is not enough to protect your data. Hence most VPN companies offer it in combination with IPSec. Let’s check how it fares in comparison to other popular protocols.

As its successor, L2TP has better security than PPTP thanks to its IPSec pairing. PPTP uses 128-bit encryption and inferior Microsoft Point-to-Point Encryption (MPPE), while L2TP/IPSec has 256-bit encryption and military-grade AES ciphers.

Additionally, we know that the NSA managed to crack PPTP, while the same can’t be said with certainty about L2TP, although there are some allegations that it happened.

Performance-wise, PPTP is significantly quicker than L2TP. It’s also less stable, since blocking it with firewalls is extremely easy. On the other hand, L2TP uses UDP, and VPN providers can modify the protocol to avoid L2TP being blocked by firewalls.

IKEv2 is another tunneling protocol based on IPSec, which is why many VPN companies offer it in an IKEv2/IPSec combo. However, IKEv2 is more secure than L2TP/IPSec thanks to several factors.

First of all, IKEv2 hasn’t been - to the best of our knowledge - cracked by the NSA.

Just like L2TP, IKEv2 was created by Microsoft and Cisco. However, there is an open-source version of this tunneling protocol many users consider more trustworthy.

Thanks to the Mobility and Multihoming Protocol (MOBIKE), IKEv2 is more stable and reliable than L2TP. MOBIKE makes this protocol resistant to network changes: You can switch from a Wi-Fi connection to your data plan without losing the VPN connection.

OpenVPN takes the lead in this comparison, thanks to the fact it’s open-source, employs SSL 3.0, and you can configure it for more protection. The off-trade is that all this protection makes OpenVPN slower than L2TP.

OpenVPN is more stable than L2TP since it can use any port, including the port for HTTPS traffic, making it very easy to avoid ISP tracking or network admin and ISP firewalls.

L2TP does come out victorious as a more accessible type of connection since it comes integrated into many operating systems. Setting up OpenVPN, on the other hand, can be a complex task unless VPN software handles it for you.

Secure Socket Tunneling Protocol (SSTP) uses SSL 3.0 and the port for HTTPS traffic, making it a superior solution in terms of stability compared to L2TP. It’s also more resistant to firewall blocking and faster because it doesn’t use double encapsulation.

On the flip side, L2TP is more accessible since SSTP is only natively available on Windows.

From the get-go, WireGuard beats L2TP with improved security measures such as a new algorithm that users can’t modify to inadvertently endanger their data and its open-source nature.

WireGuard is also much more resistant to firewall blocking since it uses numerous UDP ports, while L2TP, when paired with IPSec, uses only three. It’s faster than L2TP, too, as it doesn’t use double encapsulation.

Both VPN tunneling protocols are very accessible and easy to use on multiple platforms, so no big differences in that department.

SoftEther is the winner in all categories but one. It employs 256-bit AES encryption, SSL 3.0, and it’s open-source and very stable.

SoftEther acts as both a VPN server and a protocol. As a VPN server, it supports L2TP/IPSec protocol, along with a number of other protocols. Even though it’s packed with security measures, SoftEther is also faster than L2TP since it was explicitly coded with high-speed throughput in mind.

L2TP is easier to use and more accessible. SoftEther is compatible with most operating systems, but setting it up can take some time. For example, your VPN app might support SoftEther, but you’d still have to download and install SoftEther software.

Out With the Old?

The main reason L2TP/IPSec is still widely supported is that it’s readily available. It offers decent protection when used with IPSec, albeit at the expense of diminished connection speed.

However, VPN technology has come a long way since the 2000s, when L2TP first appeared. WireGuard and SoftEther, for example, are newer protocols that’ll give you more if you’re willing to invest some time and effort into setting them up.

What Is Encryption Software?
Articles

Infographic - Be Safe: Use a VPN
Articles

What Is a Firewall? A Short Guide
FAQ
What is L2TP mode?

Layer 2 Tunneling Protocol or L2TP is a computer network protocol that allows the usage of virtual private networks. Since it doesn’t provide any encryption of content on its own, it’s most commonly used with IPSec.

Is L2TP better than OpenVPN?

On the contrary, OpenVPN is a clear upgrade from L2TP, with tighter security and better firewall avoidance.

Not entirely, though the number of VPNs that support this protocol is shrinking since there are many newer and more efficient VPN protocols out there.