What Is Streaming? A Comprehensive Explanation with Examples

If you’re an average internet user, the chances are that you regularly stream content from your favorite sites. That could be anything from watching YouTube and Netflix to listening to podcasts; all of this counts as streaming. In case you’re confused and are still asking “What is streaming, exactly?”, then read on for a detailed explanation.

We’ll go through the relevant terminology, explain how streaming works, explore the different types of streaming, and take a look at the upsides and downsides. You’ll also find out how much bandwidth you need to stream your fave content, how to prevent buffering, and what you need to do to avoid security breaches.

The Meaning of ‘Streaming’ and Other Relevant Terminology

The main question we see repeatedly on forums is “What is meant by streaming?” In simple words, streaming is consuming video and audio content on demand. For instance, when you watch a movie on Netflix, the data that makes up that movie is being sent to your browser in small packets. It is stored on your device temporarily.

Let’s take a look at other relevant but distinct terms that some might confuse this concept with, as well as some related terminology, so as to fully understand what the term ‘streaming’ entails.

Broadcasting involves a radio or TV station transmitting content to a large number of viewers. It differs from streaming in that the viewer doesn’t choose the content, but rather watches whatever the broadcaster is distributing at the time.

When downloading content, you can’t access it until the downloading process is finished. Everything you download is kept on your device permanently, that is, until you choose to delete it.

The data that is being downloaded while you’re streaming is kept in the buffer. When your connection is too slow, the content doesn’t get to download on time, in which case the content stops playing and starts “buffering.”

The chances of words like Netflix, Spotify, and Amazon Prime Video escaping you are pretty slim, as they are extremely popular streaming services. But the question remains: What is a streaming service, exactly?

A streaming service is a platform that offers content for entertainment purposes to its paying subscribers. This content can be anything from movies and TV shows to music and podcasts. There is an abundance of similar streaming providers, so all you need to do is to choose the best streaming service according to your preferences. 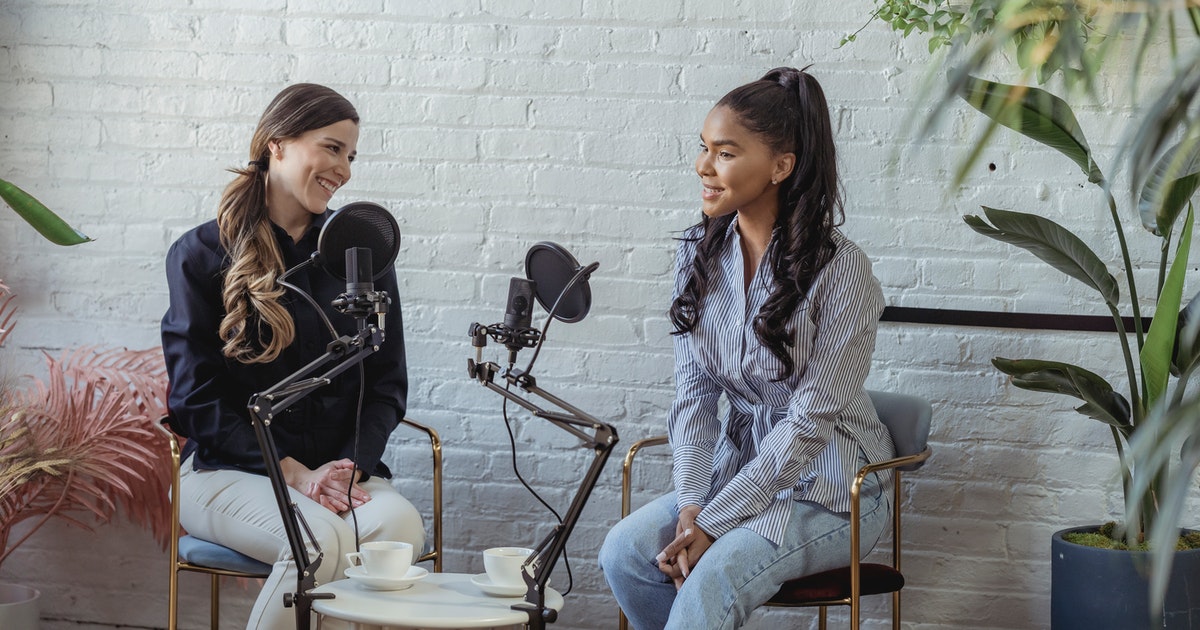 How Does Streaming Work?

For a user to be able to stream media, data is sent out via the internet in small chunks, referred to as packets. The pieces of content are kept on your device only for as long as they are needed to play the audio or video.

The protocols used for transporting these packets of data are User Datagram Protocol (UDP) and Transmission Control Protocol (TCP). Some streaming sites and apps use UDP, while others rely on TCP.

TCP ensures that all packets are sent out in the correct order without any errors, while UDP doesn’t. As a result, TCP is considered the more reliable option. However, data transmission using this protocol is slower.

The Different Types of Streaming

There are different kinds of streaming according to the content that is being streamed. In this section, you can read about the three major types.

There are many different platforms that enable viewers to watch video content. According to statistics released this year, the second most popular website worldwide is YouTube, behind only Google.

YouTube lets people watch videos posted by other users for free, while other streaming giants like Hulu and Netflix offer a catalog of movies, TV shows, and documentaries for their paying subscribers.

In case you’re not familiar with podcasts, they involve a series of audio recordings that are released as episodes. They typically feature one or multiple speakers who discuss a topic or interview prominent individuals. Podcasts are posted on streaming apps such as Spotify, Google Podcasts, and Apple Podcasts.

Apart from these kinds of audio files, users can also stream music instead of having to download mp3 files or purchase physical albums or singles. Examples of music streaming services are Spotify, Tidal, and Deezer.

What is live streaming? This type of streaming involves streaming content in real time, hence the ‘live’ part in the name. The content that is usually live-streamed includes sports matches, award shows, and video games. 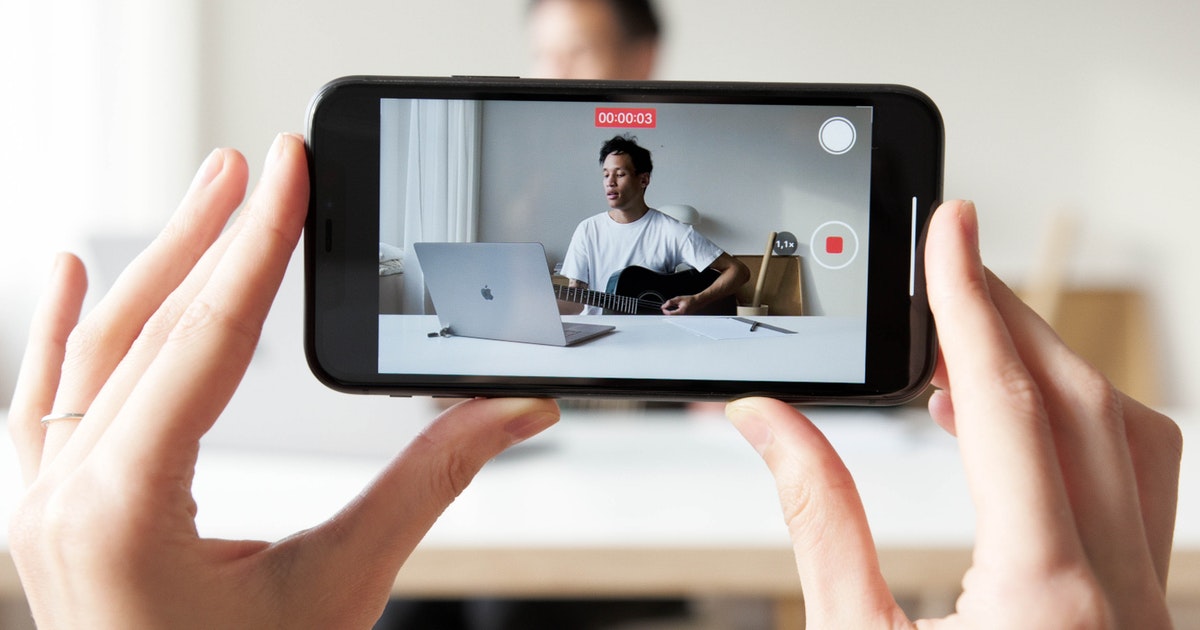 The Upsides of Streaming

You might wonder “Why is streaming so popular?” As you’ve probably realized by now, it comes with a series of perks, which is the reason for its immense popularity.

Since our internet connections are significantly faster than they used to be, for example, in the dial-up days, this method is largely preferred over downloading. Some of the advantages of streaming include the following:

The Downsides of Streaming

As with everything, streaming has both pros and cons. These downsides include:

In these instances, downloading has the edge over streaming. Once you download media, you can play it offline, so the quality of your internet connection becomes irrelevant.

How Much Internet Bandwidth Is Enough for Streaming?

To be able to stream media seamlessly without buffering, you need a stable internet connection. How much internet bandwidth you need for streaming depends on the kind of content you’re planning on playing.

Netflix, for instance, recommends a download speed of 5 Mb/s for watching content in full HD. However, this only applies to one individual using the internet. If there are more people in the household connected to the same network, a higher internet speed would be necessary.

Naturally, streaming 4K videos is more demanding than doing so in 1080p or lower quality. According to Netflix, at least 25 Mb/s is necessary, but once again, this depends on how many people are using the internet at the same time.

Streaming audio requires less internet speed than watching videos. Around 1.5 Mb/s would be enough for one person in most cases.

Buffering can be quite frustrating and may deter some people from streaming. However, aside from paying more to switch to a faster internet connection, there are some other things you can do to solve this issue.

1. Close All Other Apps and Programs

Having other apps and programs running in the background is one reason why the content you’re trying to stream might be buffering. The simple act of closing everything could stop the dreaded loading of the video every few seconds.

When you visit websites, your browser stores cache data, which allows the site to load faster when you revisit it. However, this can also slow down your browsing experience when the cache builds up. This is also true for streaming, which is why clearing your cache might solve the buffering problem.

In case you’re watching video content in high resolution, such as 4K or full HD, and your internet connection isn’t fast enough, the video is going to start buffering. That’s because large files take longer to load. To fix this, simply lower the resolution and enjoy your fave content without any interruptions.

Another cause for buffering could be other devices connected to the same network. Even if you’re not actively using them, they might still be slowing down your internet speed. Turning the WiFi off on these devices could potentially solve the issue.

5. Pause the Content and Wait for a Few Minutes

If all else fails, you may need to pause the video. We know this isn’t the most attractive option, but it can help. Stop the video and wait for a while for it to load. This way, you can continue watching without being interrupted every couple of minutes by the buffer.

How to Stay Safe When Streaming

Cybercrime is something every internet user needs to be hyper-aware of. This is especially true when it comes to safety on the internet for little ones, although adults are also susceptible to becoming targets.

So, how can one’s cybersecurity be compromised while streaming? It all comes down to using sketchy websites and apps for streaming. While legitimate sites like Netflix and Hulu that provide paid streaming services are generally safe, there are those that offer free streaming.

Many may be tempted to stream content for free, but this usually comes at a price. Here’s what can happen when you stream on unsafe sites:

The consensus is to only use trusted sites and apps for streaming content. They have strict measures in place to ensure security for their users. You should also avoid clicking on suspicious links and make sure that you don’t give out sensitive information to untrusted sources.

All in all, streaming is a convenient method of consuming video and audio content. In this article, we’ve explained the meaning of streaming and related terms, shown how it works, and delved into different types of streaming. We’ve also discussed the pros and cons of streaming, how much internet speed you need for it, how to avoid buffering, and how to stream safely.

ExpressVPN and Hulu: How To Watch Content on the Streaming Giant
FAQ
What is streaming and how does it work?

Streaming refers to on-demand access to video and audio content. An example of streaming would be watching YouTube videos or listening to podcasts. The data is transmitted in tiny packets and temporarily stored on the viewer’s or listener’s device. For a detailed explanation, you can scroll back to our article, where we’ve laid out everything you need to know about streaming in simple terms.

Do you have to pay for streaming?

It depends on the content you wish to stream. For example, if you want to watch content on Amazon Prime, Netflix, or a similar video streaming platform, you need to pay for the subscription. However, there are some trustworthy websites like YouTube where you can watch content for free, although there might be some ads included.

What are examples of streaming?

Examples of streaming include listening to podcasts, watching YouTube videos, and playing movies and TV shows on Amazon Prime. If you’d like to know more about streaming, you can read our article in full to get the answer to the big question: “What is streaming?”