What Is Live Streaming: Everything You Need To Know

In a world where people are constantly looking for better ways to stay in touch, live streaming offers a breath of fresh air.

As technology evolves, innovations are being incorporated into the everyday lives of internet users. Live streaming is used by an increasing number of individuals and brands that want to interact with their audiences better. But, what is live streaming?

Simply put, live streaming allows you to broadcast and watch videos in real-time. The material shown cannot be edited, as it is being broadcasted and played simultaneously, meaning the viewers get raw content.

The setup is pretty simple, and you don’t need specific knowledge to start streaming. You can watch or host live streaming with your computer, tablet, or smartphone. So, let’s dive in and see what streaming is all about.

How Does Live Streaming Work: The Technical Side

Every live stream is made possible by several technical processes. They are:

Video capture is the first step in streaming. The camera captures visual information represented as digital data. This is where encoding and compression come into play to remove redundant information from video data.

Encoding is done by converting data into a format all devices can recognize. The encoding standards are H.264, H.265, VP9, and AV1. However, to live stream your content, more steps need to be taken.

Segmentation is one of the reasons live streaming is possible. It allows video data to be divided into smaller segments and sent.

After compressing, encoding, and segmenting the live stream, CDN distribution and caching make sure that the stream can reach the users who want to watch it. The main purpose of a CDN is to distribute the content to viewers in multiple locations.

CDN allows for faster live video streaming performance since the viewers don’t need to use the original server. All the requests are processed by the nearby CDN server instead. Another benefit of CDN is its ability to cache the segments so the users can join the live stream from the CDN cache instead of the original server.

Lastly, the video decoder uncompresses the encoded video for playback. It happens after everything else is done as the final step in interpreting the data before the video can be played. 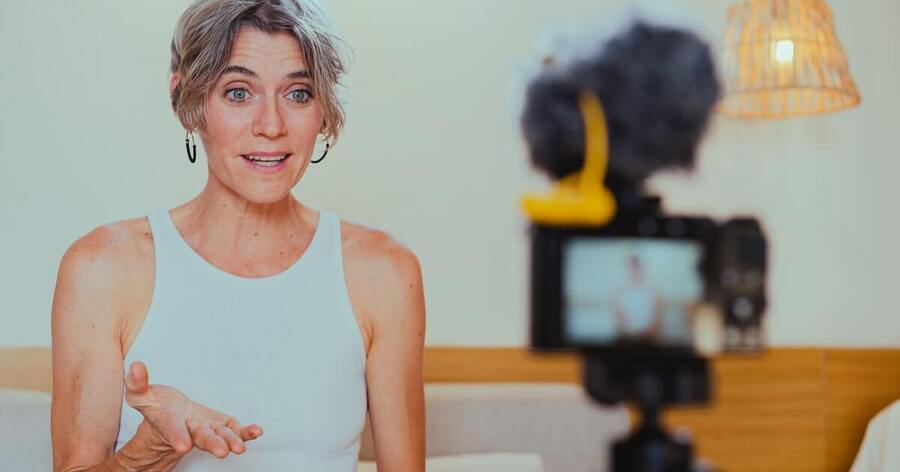 The Benefits of Live Streaming

Whether they’re an influencer or a small business owner looking to promote products or services, live streamers can benefit from this technology on multiple levels.  Media outlets use live streaming to announce important news, and universities use it to deliver online classes. Following is the list of some benefits of live streaming:

While there are paid live streaming services, free options usually do the job just fine. Apart from the camera and other equipment you might want to use, there are no hidden costs for free live streaming.

If you’re looking to host an event, you’re physically limited from inviting more people than that venue can accommodate. Live streams allow you to interact with as many people as you want. All you need to do is share the video streaming link. Moreover, people from all around the world can attend a specific event from the comfort of their own homes.

Besides video and audio live streaming, a wide range of multimedia is available to users who want to include text, images, or even live chat.

Some people believe that live streaming is difficult or that you need to be tech-savvy to succeed, but that’s not true. Most social media platforms can work as live-streaming apps. Choose the platform for your stream based on the audience you’re looking to attract.

The purpose of your broadcast will likely influence your choice of platform, too. Almost anyone can do it; some people are even earning money from streaming. All you need is internet access and a streaming platform of your choice.

The benefits of live streaming are numerous, but some drawbacks should be addressed when talking about streaming live content.

Since live content can’t be moderated, minors could easily get exposed to inappropriate material. Additionally, it’s estimated that 14.5% of children between the ages of 9 and 12 have been cyberbullied. Parents should take precautions and try to protect children from being able to access problematic websites or live streams that are known to be suitable only for adults.

Similarly, the person hosting the live stream or someone watching it can fall victim to harmful and offensive comments.

Some internet users, especially young people, often do not think twice about the digital footprint they’re leaving behind. When you’re hosting a live stream, remember the viewers could easily record and share it online. People sometimes say or do things during a live stream they usually wouldn’t when recorded, so they might face blackmail or bullying with the recorded material.

Staying safe while enjoying the perks of modern technology is paramount.

Video streaming is here to stay. People and organizations use it to reach a wider audience and connect organically to their followers. Many people prefer watching live streams instead of reading a blog. It’s a great way to communicate with your audience in a new and unique way, and it can help you build trust and credibility with potential customers.

Live streaming has also given the power to ordinary people, especially in countries with restrictive media policies whose citizens rely on live streaming when they want to share information about an important topic.

If you’re not currently using live streaming as part of your marketing strategy, now is the time to start.

What Is Streaming? A Comprehensive Explanation with Examples
Guides

Streaming as a Career - How To Start Streaming on Twitch
Statistics

Twitch Stats and Demographics for 2022: The Most Influential Streaming Platform for Gamers
Guides

How Much Do Twitch Streamers Make: Career in Live Streaming
FAQ
Is live streaming free?

What is live streaming, and how does it work?

Delivering the audio and video content to the audience simultaneously while it’s being recorded is called live streaming. It’s made possible by combining processes, including encoding, compression, segmentation, CDN, decoding, and video playback.

What is an example of live streaming?

You can live stream on many platforms, but the most popular ones are the social media networks such as Instagram, Facebook, Tik Tok, Twitch TV, and House Party.  A live stream is happening in real-time, without the option to edit anything.