Internet Censorship: Definition, Types, and How It Can Affect You

We explain what internet censorship is, and how to recognize it.

Internet censorship is a big deal. The days of complete cyber freedom are all but gone, with  companies and governments interfering with the web. Their involvement is ruining the cyberworld for the rest of us in various ways, with censorship being the most prominent.

Internet censorship is the control or suppression of what can be accessed, published, or viewed online. It happens when governments, organizations, or individuals restrict or block access to web content. In this article, we’ll be explaining how censorship happens, its impact on the internet, and how to avoid it.

What Is Internet Censorship and How It Happens

Some countries censor the internet because they don’t want their citizens to see things that might upset them or make them think differently. They also might do this to keep people from organizing protests or speaking out against the government.

Their goal, usually, is to make it difficult to get accurate information about what’s going on in the world or stop people from being able to share their opinions freely.

But, the government internet censorship can happen for a variety of other reasons, including political, religious, or moral grounds and restricting media freedom.

While government-level censorship is meant to shut down dissidents, there are other reasons why organizations and groups of people restrict internet access to others. An organization may block certain websites to protect its members from offensive or inappropriate content or simply to increase productivity by limiting access to entertainment and social media sites.

Censorship of the internet happens in one of two directions:

Different things can be censored, like specific pictures, words, or whole websites and internet protocols. There are also different ways to censor things - blocking either full access to the material or limiting searches for censored terms.

One type of censorship is when a government makes it illegal to say certain things. For instance, in China, the government has made it illegal to talk about certain topics online, like democracy or human rights. They do this by censoring websites that discuss these topics and punishing people who break the rules. Governments work with ISPs to put those restrictions into motion, either by outright blocking access to websites or redirecting traffic to similar, regulated sites.

Another type of censorship is when social media companies block certain content from their platforms. For example, Facebook has been criticized for censoring body positivity and sex education posts. Likewise, YouTube has been accused of censoring videos about LGBTQ+ rights, mental health, and COVID-19 awareness. In this case, platforms issue take-down notices, followed by the removal of said content.

It’s not uncommon for governments to even force tech companies to impose content restrictions based on their own propaganda. In such a case, the government would strong-arm content hosts into submission by threatening outright bans of their platforms. As a counterpoint, Twitter has started clearly marking government-related profiles, so users can see at a glance whether the profile could be a part of a propaganda machine. It’s not much, but at least it helps fight the censorship on the internet.

Lastly, censorship can happen on a smaller scale within a single institution. For example, a school may restrict access to certain parts of the internet or even key phrases. That way, the students cannot use the school’s computers to visit inappropriate websites like adult websites or social networks.

Similarly, employers may put blocks on specific apps, services, and websites, so the employees can only access the software and websites they allow them to. While we’ll be discussing how to avoid content blocks and censorship using free VPNs and similar tactics, we strongly advise caution in such situations.

How Censorship Works in Different Countries

Some countries have rigid censorship laws, while others have none at all. China is well-known for its internet restrictions, which some call the “great firewall of China.” The Chinese government blocks access to many websites and social media platforms, like Facebook and Twitter. Google’s search engine, as well as all other Google products, is also banned in China. The government is censoring search results and blocks certain words from being used online.

In Russia, a new law requires internet service providers to censor websites that the government decides are “extremist.” This can include foreign websites that have critical opinions of the government in question or that provide information about protests or other forms of defiance.

Censorship can also happen in less obvious ways. For example, many countries require internet companies to collect data about their users’ activities. This data can be used to track people and see what they’re doing online. Needless to say that such laws disrupt net neutrality.

Increased censorship can have a number of negative effects. For starters, it limits people’s ability to access information and ideas. This can lead to a loss of knowledge and opportunities for education and personal growth.

Additionally, digital censorship can stifle creativity and critical thinking. Having no access to the online world can restrain people’s ability to freely express themselves. When people are only exposed to one side of an issue, it can be challenging to develop a well-rounded opinion. Seeing only one aspect of the whole picture can also lead to misinformation.

Censorship can create an atmosphere of fear and mistrust. People may grow afraid of expressing their opinions or sharing their ideas, which can lead to a feeling of isolation and disconnection.

Why Is Internet Freedom Important

Since the early days of the internet, people have been fighting for online freedom. The internet has become an essential part of our lives, so much so that internet access has been declared a basic human right by the UN Resolution in 2016. Censoring the internet denies us that basic right.

Access to the internet means access to information, education, and communication. It allows us to connect with friends and family and participate in the global community. It is essential for businesses and for the economy, which the pandemic years especially confirmed to be true. When regulations on the type of content we can access are imposed, serious issues may arise, such as when restrictions infringe on medical websites that people need. 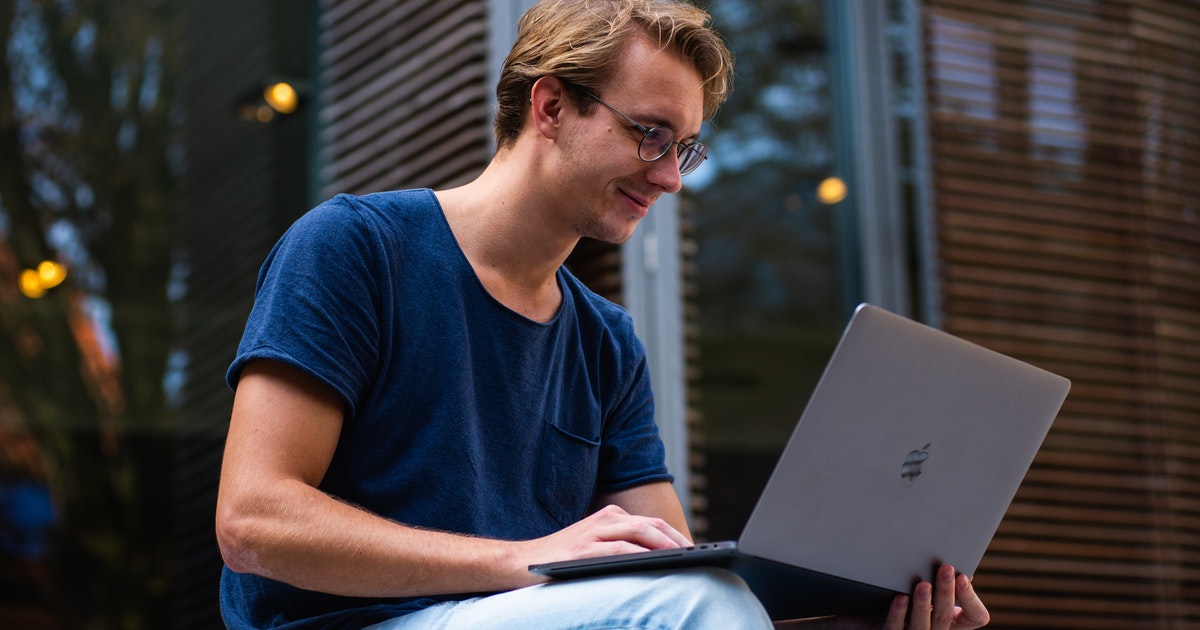 How to Circumvent Censorship

If you live in a country with restricted internet, there are several ways to bypass the restrictions and gain access to all internet content.

Web proxies are the simplest, fastest way to get around censorship and regional restrictions on the internet. They work by routing your traffic through a different server so that the website you are trying to visit doesn’t know your true IP address. This can be used to get around simple content filters, like the ones your school or workplace may have in place.

Web proxies are not perfect, however. They can be slow, and they don’t always work with every website. Additionally, your traffic is still going through another server, which means that the proxy owner could be snooping on your traffic and detecting phony IP addresses. More important - your internet service provider and, thus, the government, can still know what you were browsing.

Another way to get access to censored websites is to use a virtual private network. VPNs create a private, secure connection between two devices, which can be used to access restricted websites. When you use a VPN that doesn’t log data, your traffic is encrypted, so your ISP or anyone else can’t see what you’re doing online. Even more important, there’s no data saved on the provider’s side as if you’ve never used the service at all.

While VPNs are legal in most parts of the world, some countries block them and can even issue a fine if you get caught. If you’re using a VPN in a country where they are not allowed or just worried about the repercussions, you may need to use a different method to access restricted websites.

Lastly, you might only need to switch your internet browser to a more secure one. Tor is a free browser that allows you to surf the internet anonymously. By encrypting traffic and bouncing it through a distributed network of relays, Tor makes it difficult for anyone to track a user’s online activity.

The main downside to using Tor is that it can be slow. Because traffic is routed through multiple relays, each with its own bandwidth limitations, Tor users may experience slowdowns when browsing the web. Additionally, some websites may block traffic from known Tor relays, making them inaccessible to Tor users.

Internet censorship, as explained, can be a difficult issue to navigate. On the one hand, it’s important to protect people from offensive or harmful material. On the other hand, it is important to allow people to freely access information and express themselves.

Lastly, as the internet is now considered a basic human right, imposing restrictions of such kind is a sign of dictatorship and not a signal that the government actually cares about pressing issues.

Internet Censorship by Country: Meet the Most-Censored Nations of the World
Guides

How To Remove Your Information From the Internet: An Easy Guide
FAQ
What is a simple definition of censorship?

Censorship is the suppression of information, ideas, or artistic expression that are considered offensive, harmful, or inconvenient to the general public.

How does censorship affect freedom of speech?

Censorship can limit freedom of speech by preventing people from accessing or sharing certain information. Additionally, censorship can create an atmosphere of fear and mistrust, making people less likely to express their opinions or share their ideas.

There’s no denying that the internet can be a crass and dangerous place. However, censorship is a slippery slope. Once you start censoring one type of content, it becomes easier to censor other types of content that may be controversial but ultimately harmless.

Censorship can have a chilling effect on free speech, stifling open dialogue and debate. For these reasons, online censorship is not the answer. Instead, we need to find better ways to encourage responsible use of the internet and hold users accountable for their actions.

What is the issue with internet censorship?

Internet censorship is a problem because it limits people’s ability to express themselves freely. It can also lead to misinformation because people might only be able to see one side of a story if the other side is censored. Internet censorship can make it harder for people to find the information they need.